Richard B. Schwartz is a professor of English and dean of the Graduate School of Arts and Sciences at Georgetown University. He is the author of Samuel Johnson and the New Science, Samuel Johnson and the Problem of Evil, Boswell's Johnson: A Preface to the "Life," Daily Life in Johnson's London, and a novel, Frozen Stare. 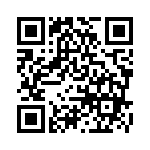