John D. Cox is an assistant professor of English at Georgia College & State University. He also serves as the associate director of the Center for Georgia Studies and the assistant editor of the Flannery O’Connor Review. 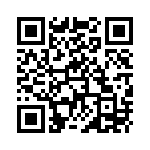