Review: The Case Against Christianity

While trying to fill a rarely explored niche in philosophy, there is too much pedantic, overly subtle, and somewhat boring technical analysis in this book to make it a very readable text, even for ... Llegeix la ressenya completa

\Michael Martin, Professor of Philosophy at Boston University, is the author of The Legal Philosophy of H.L.A. Hart and Atheism: A Philosophical Justification (both from Temple). 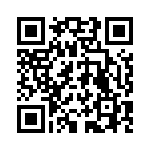