Simon Chesterman is Global Professor and Director of the New York University School of Law Singapore Programme, and an Associate Professor of Law at the National University of Singapore Faculty of Law. From 2004 to 2006 he was Executive Director of NYU's Institute for International Law and Justice. Educated in Melbourne, Beijing, Amsterdam, and Oxford, Chesterman's teaching experience includes periods at the Universities of Melbourne, Oxford, Southampton, Columbia, and Sciences Po, as well as NYU. Prior to joining NYU, he was a Senior Associate at the International Peace Academy and Director of UN Relations at the International Crisis Group in New York. He has previously worked for the Office for the Coordination of Humanitarian Affairs in Belgrade and interned at the International Criminal Tribunal for Rwanda in Arusha. Chesterman's books include Shared Secrets: Intelligence and Collective Security (Lowy Institute for International Policy, 2006); You, The People: The United Nations, Transitional Administration, and State-Building (Oxford University Press, 2004); and Just War or Just Peace? Humanitarian Intervention and International Law (Oxford University Press, 2001), which was awarded the American Society of International Law Certificate of Merit. His edited volumes include Secretary or General? The UN Secretary-General in World Politics (Cambridge University Press, 2007) and Making States Work: State Failure and the Crisis of Governance (edited with Michael Ignatieff and Ramesh Thakur, United Nations University Press, 2005). He regularly contributes to international law and political science journals, as well as mass media publications such as the International Herald Tribune. 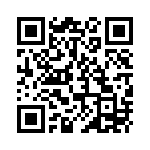