John F. A. Sawyer is Emeritus Professor of Religious Studies at Newcastle University and of Biblical and Jewish Studies at Lancaster. Among his many publications are Sacred Texts and Sacred Meanings (2011), A Concise Dictionary of the Bible and its Reception (2009), and The Fifth Gospel. Isaiah in the History of Christianity (1996). He is co-editor of the Concise Encyclopedia of Language and Religion (with J. M. Y. Simpson, 2001), and series editor (with Christopher Rowland, Judith Kovacs and David Gunn) of the reception-history-based Blackwell Bible Commentary Series. 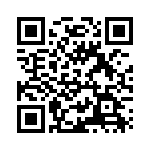