Pŕgina 29
He suffered from several complaints at the end of his life , but especially from
pain in his legs , all of which he bore without murmuring . He was heard to pray , “
Burn here , amputate there , spare no part of me now so as to spare me eternally .
Pŕgina 65
He engaged in controversy with the Reformers , which was to tell against him
later , but his heroes were those martyrs especially who suffered for the defence
of the papacy . Cresacre More speaks also of Gardiner in his Life of More : “
German ...
Pŕgina 114
Interpreting this as a call to martyrdom , he suffered bravely . His martyrdom in
July 854 was followed by that of Amador , Peter , and Louis and , perhaps in 855 ,
of the old man Vitesindus ( 15 May ) , a repentant apostate . Another aged priest ... 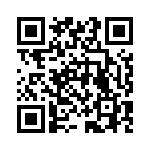