Mary C. Sullivan, RSM, is Professor of Emerita of Language and Literature at the Rochester Institute of Technology. 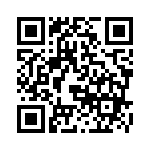