Editor Lynn McDonald is professor emerita of sociology at the University of Guelph, Ontario, a former president of the National Action Committee on the Status of Women, Canada’s largest women’s organization, and a former Member of Parliament. She has published many books on theory and directs the Collected Works of Florence Nightingale. 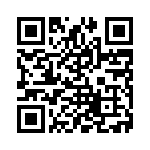