The encyclopedia of Jewish life: before and during the Holocaust

These three volumes are a translation and abridgment of the 30-volume Encyclopedia of Jewish Communities published in Hebrew by Yad Vashem, the Holocaust Remembrance Authority of Israel. Over 6000 ... Llegeix la ressenya completa

Geoffrey Wigoder, Dr. Geoffrey Wigoder was the editor-in-chief of the Encyclopedia Judaica. Since 1984, he served as the Israel delegate on the International Jewish Committee for Inter-religious Consultations. He published numerous incisive commentaries on the state of Jewish-Christian relations. Wanting to foster a better understanding of Jews and Judaism, Dr. Wigoder wrote "Jewish-Christian Relations after World War II" (1988), which brought a vast amount of empathetic understanding, and "Jewish-Christian Interfaith Relations: Agendas for Tomorrow" (1998). Geoffrey Wigoder, broadcaster, scholar and editor of Judaica, died on April 9, 1999 in Jerusalem. 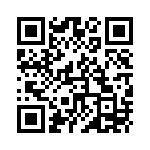