Pŕgina 144
While they were thus engaged , Spithridates came up on one side of him , and raising himself upon his horse , gave him such a blow with his battle - axe on the helmet , that he cut off the crest of it , with one of his plumes , and the ...
Pŕgina 201
... addressing the senate in defence of Nysa , daughter of Nicomedes , and was enumerating his obligations to the king , Cicero cried : " No more of that , pray , for it is well known what he gave you , and what you gave him in turn .
Pŕgina 291
While he was dressing and putting on his shoes , he not only gave audience to his friends , but if the Count of the Palace told him of any suit in which his judgment was necessary , he had the parties brought before him forthwith ... 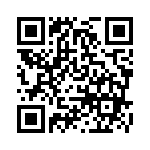