William S. Anderson is Professor of Classics at the University of California, Berkeley. He is also the editor of Ovid's Metamorphoses: Books 6-12 and Ovid's: The Classical Heritage. 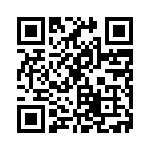