Pŕgina xxxiv
APRIL tuous or greasy matter , mixed with re . the beard , are most important
features şin , ' as it seemed , had been melted , so by which resemblance is
determined . as to exclude , as effectually as possible , “ When the head had
been ...
Pŕgina xxxix
... and then have his unfeigned sorrow and contrition , im- head and hands cut off
, and be remoploring the divine mercy and ... ly offended , do most solemnly
declare , with the hands nailed under the head , that I have occasionally taken
suste- ...
Pŕgina cxli
Hair in curls and ringlets , Leipsic , on the 18th and 19th . confined on the crown
of the head , and One hundred pieces of cannon ; intermixed with autumnal
flowers . sixty thousand killed , wounded , and Ear - rings and otherornaments of
pearl ... 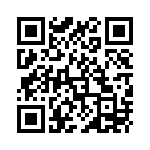