Pŕgina 125 - ... can hardly ever arrive at. These are the arts by which he proposes to make mankind more easily submit to his authority, and to govern their inclinations according to his own pleasure : and in this he is seldom disappointed.
Apareix a 43 llibres de 1761-2006
Pŕgina 35 - Unargued I obey, so GOD ordains; GOD is thy law, thou mine; to know no more Is woman's happiest knowledge and her praise.
Apareix a 504 llibres de 1711-2007
Més informació
Pŕgina 316 - I am much mistaken if some latent vigour would not soon give health and spirit to their eyes, and some lines drawn by the exercise of reason on the blank cheeks, which before were only undulated by dimples, might restore lost dignity to the character, or rather enable it to attain the true dignity of its nature. Virtue is not to be acquired even by speculation, much less by the negative supineness that wealth naturally generates.
Apareix a 29 llibres de 1739-2007
Pŕgina 362 - If marriage be the cement of society, mankind should all be educated after the same model, or the intercourse of the sexes will never deserve the name of fellowship, nor will women ever...
Apareix a 47 llibres de 1739-2006
Pŕgina 101 - This is not an overcharged picture; on the contrary, it is a very possible case, and something similar must have fallen under every attentive eye.
Apareix a 29 llibres de 1739-2007
Pŕgina 125 - Europe, as the most perfect model of a great prince. But what were the talents and virtues by which he acquired this great reputation? Was it by the...
Apareix a 29 llibres de 1761-2006
Pŕgina ix - In this style, argue tyrants of every denomination, from the weak king to the weak father of a family; they are all eager to crush reason; yet always assert that they usurp its throne only to be useful. Do you not act a similar part, when you force all women, by denying them civil and political rights, to remain immured in their families groping in the dark?
Apareix a 52 llibres de 1796-2007
Pŕgina 249 - The inference is obvious; till women are led to exercise their understandings, they should not be satirized for their attachment to rakes; or even for being rakes at heart, when it appears to be the inevitable consequence of their education. They who live to please - must find their enjoyments, their happiness, in pleasure!
Apareix a 22 llibres de 1796-2005
Pŕgina 33 - Women are told from their infancy, and taught by the example of their mothers, that a little knowledge of human weakness, justly termed cunning, softness of temper, outward obedience, and a scrupulous attention to a puerile kind of propriety, will obtain for them the protection of man; and should they be beautiful, every thing else is needless, for, at least, twenty years of their lives.
Apareix a 87 llibres de 1796-2007
Pŕgina 68 - ... thinking, I have been led to imagine that the few extraordinary women who have rushed in eccentrical directions out of the orbit prescribed to their sex, were male spirits, confined by mistake in female frames. But if it be not philosophical to think of sex when the soul is mentioned, the inferiority must depend on the organs ; or the heavenly fire, which is to ferment the clay, is not given in equal portions. But avoiding, as I have hitherto done, any direct...
Apareix a 26 llibres de 1758-2006
Menys

Mary Wollstonecraft was born in London on April 27, 1759. She opened a school in Newington Green with her sister Eliza and a friend Fanny Blood in 1784. Her experiences lead her to attack traditional teaching methods and suggested new topics of study in Thoughts on the Education of Girls. In 1792, she published A Vindication of the Rights of Woman, in which she attacked the educational restrictions that kept women ignorant and dependant on men as well as describing marriage as legal prostitution. In Maria or the Wrongs of Woman, published unfinished in 1798, she asserted that women had strong sexual desires and that it was degrading and immoral to pretend otherwise. In 1793, Wollstonecraft became involved with American writer Gilbert Imlay and had a daughter named Fanny. After this relationship ended, she married William Godwin in March 1797 and had a daughter named Mary in August. Wollstonecraft died from complications following childbirth on September 10, 1797. Her daughter Mary later married Percy Bysshe Shelley and wrote Frankenstein. 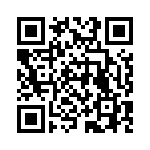