Pŕgina 411
V. account in respect of such transactions , and that the Bill of exchange should be given up , should be dis- M'KELLAR missed with costs , such costs to include the costs of WALLACE the re - herring ; but that the Appellant ought to ...
Pŕgina 412
... and so far as it sought an injunction in respect of the same , be dismissed with costs , including therein the costs of the re - hearing , and , it appearing that the Appellant has proceeded in the Master's office , under the Decree ...
Pŕgina 512
should not pay their costs . This rule the Court refused . In August , in the same year , the Promovents applied for , and the Supreme Court granted , leave to appeal to England from the principal sentence of March , 1849 . 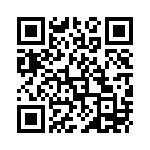