The Map of Love By Adaf Soueif Beautifully written love story set against both contemporary Egypt and the early 20th century tumultuous British occupation. There is much detail about Egyptian history ... Llegeix la ressenya completa

Last fall my wife read about the BBC/Fox production of Taboo starring Tom Hardy and an amazing supporting cast. What could possibly fail? Well, we waited for all the episodes to air and having ... Llegeix la ressenya completa

Ahdaf Soueif was born in Cairo. She is the author of Aisha, Sandpiper, In the Eye of the Sun and the bestselling novel The Map of Love, which was shortlisted for the Booker Prize in 1999. Her collection of cultural and political essays, Mezzaterra, was published in 2004, as was her translation of I Saw Ramallah by Mourid Barghouti. She has been awarded the Blue Metropolis Literary Prize (in Montreal) and the Constantin Cavafis Award (in Cairo and Athens), and is also the founder of the Palestine Festival of Literature, PalFest, for which she was awarded the Hay Medal for Festivals in 2017.

Ahdaf Soueif is also a journalist and her work is syndicated throughout the world. For the last five years she has been a key political commentator on Egypt and Palestine, and throughout the 2011 uprisings in Cairo Adhaf Soueif reported front the ground for the Guardian, and appeared on television and radio. She lives in London and Cairo. 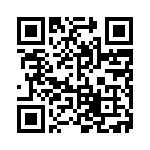