Pŕgina 3 - ... be acknowledged, often in the same vocabulary, using the same categories by which it was medically disqualified.
Apareix a 192 llibres de 1921-2007

EARL M. JACKSON, JR. is an Associate Professor and teaches in the literature program and the University of California, Santa Cruz. 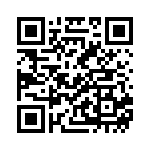