Pŕgina 77
CHAPTER III SHAKESPEARE AND THE HINDI STAGE THE AMOUNT OF.conscious thought given to the theatrical technique in Bharata's ... of their practical experience of the theatre and they were rigorously followed by the practising dramatists .
Pŕgina 83
theatre . This parallelism has been neatly stated by Professor C.J. Sisson thus : “ The more one examines the vernacular ... l Like the Elizabethan theatres , the Parsi theatres were commercial ventures owned by one or many actors which ...
Pŕgina 219
ture , theatre , translation etc. ) In English : ✓ Anand , Mulkraj , The Indian Theatre , London . Andrews , C. F. , Renaissance in India . London , 1914 . Arnold , Edwin , East and West . Atkins , A. G. , The Ramayana of Tulsidas ... 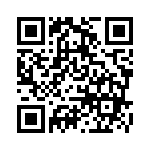