According to David Roberts,H.W. TILMAN was the best expedition writeraEUR?just as he was arguably the century's best explorer-mountaineer, whittling his whole life to a sunny vagabondage that held him in its thrall even as he sailed off into the Antarctic Ocean in his eightieth year." More prosaically, Tilman was a coffee planter turned adventurer who climbed extensively in Africa and the Himalaya; he also served in both World Wars. In 1934, Tilman and Eric Shipton pioneered a route to Nanda Devi's 'Inner Sanctuary.' Thiswas followed, in 1936, by a first ascent by Tilman and N. E. Odell of Nanda Devi, reputedly the most outstanding mountaineering success of the pre-Second World War era. Tilman was next was appointed the leader of the 1938 (British) Everest Expedition, on which he reached more than 27,000 feet (without supplementary oxygen). His Everest expedition was marked by the small size and close-knit quality of the participants, the Shipton/Tilman belief being that "any worthwhile expedition can be plannedon the back of an envelope." The W.L. Gore Shipton/Tilman Grant is named for the two adventurers. 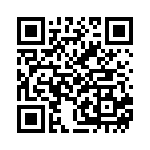