Florence Nightingale, history's most notable nurse, earned her fame during the Crimean War. Nightingale led a group of three dozen nurses to Constantinople to serve in British military field hospitals, where female nurses had previously been forbidden. She convinced army officials to change terrible conditions in the hospitals, thus earning the gratitude of soldiers--and celebrity in her native England. When the war ended in 1856, she returned to London and continued her reform campaign. Her outspoken "Notes on Matters Affecting the Health, Efficiency and Hospital Administration of the British Army" (1857) and "Notes on Hospitals" (1859) helped create changes in hygiene and overall treatment of patients. She also founded the groundbreaking Nightingale Training School for nurses, and in later years published dozens of books and pamphlets on public health. Nightingale was awarded the Royal Red Cross by Queen Victoria in 1883, and in 1907 became the first woman to receive the Order of Merit.

Lynn McDonald is a professor of sociology at the University of Guelph, Ontario. She is a former president of the National Action Committee on the Status of Women, Canada's largest women's organization. As a Member of Parliament (the first "Ms" in the House of Commons), her Non-smokers Health Act made Parliamentary history as a private member's bill, and made Canada a world leader in the "tobacco wars." She is the author of "The Early Origins of the Social Sciences" (1993), and "The Women Founders of the Social Sciences" (1994) and editor of "Women Theorists on Society and Politics" (WLU Press, 1998), all of which have significant sections on Florence Nightingale. 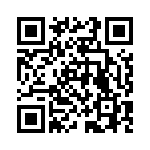