Raymond L. Lee, Jr. is adjunct professor in the Mathematics and Science Division at the U. S. Naval Academy. He has contributed articles to Applied Optics, Journal of the Optical Society of America, Color Research and Application, and New Scientist. Alistair Fraser is professor emeritus of Meteorology at Penn State. His articles have appeared in Smithsonian, Reader's Digest, Scientific American, and Weatherwise. 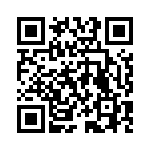