Pŕgina 95
Now , when the money is paid by a transfer of deposits , then it appears that these deposits either may be in the Treasury itself , having been previously paid in cash , or they may be in some other Treasury , as at Benarcs , where it ...
Pŕgina 97
Then there is no entry of a receipt in cazh in the Hindee Siaha , which would make it clear , and which in fact is not seriously denied , that if it was paid in cash , beyond all question the Treasurer was a party to the embezzlement .
Pŕgina 634
21 , and the proceeds of certain goods claimed by the official Assignee , paid by the Assignee into the Bank of Bengal . In a suit brought in the High Court at Calcutta , by A. against the Official Assignee , claiming the proceeds of ... 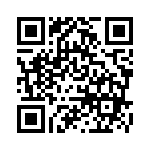