Arthur C. Danto, Johnsonian Professor Emeritus of Philosophy at Columbia University, is Art Critic for The Nation. His books include The Transfiguration of the Commonplace, Embodied Meanings, Beyond the Brillo Box, and Encounter and Reflections, winner of the National Book Critics Circle Prize in Criticism. 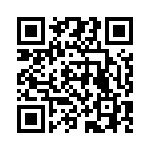