Pŕgina 1683
... board of the town of Clay , in relation to the consolidation of all the then existing
water and sewer districts and extensions thereof in said town for operation ,
maintenance and repairs excluding debt service and costs of improvements
therein ...
Pŕgina 2148
The subject matter thereof is covered by Criminal Procedure Law 8730.2007 )
and , more particularly , by the amendment thereof proposed by section 6 of this
act . Chapter 205 of the Laws of 1970 , proposed to be repealed by section 11 of
...
Pŕgina 2779
The section heading, opening paragraph and subdivisions Seventeen, twenty-
four, twenty-four-a, twenty-four-b, twentyfour-d, twenty-eight, twenty-nine-a and
thirty of section ten of such law, subdivision seventeen thereof having been ... 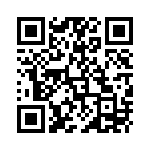