Murray Low's research focuses on relationships between geography and democracy including institutional and spatial aspects of elections, changing practices of accountability and legitimacy in cities, and the geography of political party organisations and social movements. His work has dealt with the relationships between global networks and democracy, constructions of globalization and states in geography, and geographical aspects of political representation. He has recently completed research funded by the Leverhulme Foundation into city democratisation in South Africa. He is co-editor of Spaces of Democracy: Geographical Perspectives on Citizenship, Participation and Representation (Sage, 2004), and of The Sage Handbook of Political Geography (Sage, 2008)

Current research builds on my book, Ordinary Cities: Between Modernity and Development (Routledge, 2006) which develops a postcolonial critique of urban studies, presenting resources for cutting across the thinking which has divided understandings of Western and Third World Cities. I argue against perspectives which categorize cities as Global, Third World, Mega, African etc. and suggest instead an attentiveness to the diverse trajectories of 'ordinary cities'. This work has strong implications for the practices of urban studies internationally, and invites a regrounding of comparative urbanism in rigorous practices able to encompass both wealthier and poorer cities so as to generate approaches to understanding cities which are properly international. Future plans include an empirical project to exemplify comparative methods incorporating wealthier and poorer cities, taking as the object of study the ubiquitous technology of developing city strategies and visions. This will also enable an investigation of the international circulation of urban policy to understand how policy arrives in and is adopted or adapted in different localities. The research will press an engagement with analyses of neoliberalism in urban studies to incorporate perspectives from cities in poorer contexts. It contributes to conceptualisations of the spatialities of circulation, reflecting my wider interests in general theoretical accounts of space. Previous research has centred on the relationship between power and space, specifically in cities and mostly in relation to South African politics. For example, I have written on the 1936 Empire Exhibition in Johannesburg to explore spaces of racial interaction in South African cities. I have also written on issues in feminist politics, including questions of difference and methodology, and more recently on the implications of Julia Kristeva's psychoanalytic writing for feminist theorizations of space. More broadly, I have explored ways of postcolonializing the theoretical and empirical practices of Geography. 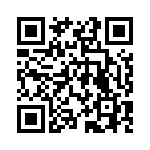