Pŕgina 352
And the Monkeys filled the air with their shouts , and incessantly called out the
name of Rama ; and they brought trees , mountains , stones , and other articles ,
and gave them all to Nala ; and Nala threw them into the sea , and by The stones
...
Pŕgina 465
... which lasts for a lunar HISTORY OF month ; being divided into the bright
fortnight Paez i : which is called day , and the dark fortnight which is Day of Pitris ,
or called night ; the day beginning with the new moon , and the night with the full
...
Pŕgina 602
The head - man of a village is called Patel in the Dekhan , and in the centre and
west of Hindustan ; Mandel in Bengal ; and Mokaddam in many other places ,
especially where there are , or have lately been , hereditary village landholders . 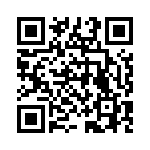