Pŕgina 482
He spared no pains in getting the historical facts . ... But it is a fact that , for more than a hundred years afterwards , many artists great and small saw their task in exactly this type of antiquarian research , which should help ...
Pŕgina 562
The paintings that resulted from this theory were very fascinating works of art , but this should not blind us to the fact that the idea on which they were based was only half true . We have come to realize more and more , since those ...
Pŕgina 574
Why not be consistent and accept the fact that our real aim is rather to construct something than to copy something ? If we think of an object , let us say a violin , it does not appear before the eye of our mind as we would see it with ...

The story of art

Phaidon Press has produced a much-improved edition of Sir Ernst Gombrich's classic narrative study of art history, which was first published in 1950. Among the many competing introductory texts--the ... Llegeix la ressenya completa

I purchsed two books they were in grat condition. The price was low and I was very happy with the service that your company has provided. Llegeix la ressenya completa 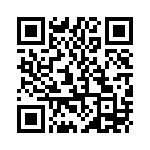