Alexander Hamilton ( 1757-1804) was the first United States Secretary of the Treasury, a Founding Father, economist, and political philosopher. The chief of staff to General George Washington during the American Revolution, he was a leader of nationalist forces calling for a new Constitution; he was one of America's first Constitutional lawyers, and wrote half of the Federalist Papers, a primary source for Constitutional interpretation. He was more influential than the other three members of Washington's Cabinet, and the financial expert; the Federalist Party formed in support of his policies. 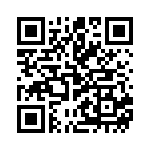