Pŕgina 17 - And let me speak, to the yet unknowing world, How these things came about: So shall you hear Of carnal, bloody, and unnatural acts; Of accidental judgments, casual slaughters; Of deaths put on by cunning, and forc'd cause ; And, in this upshot, purposes mistook Fall'n on the inventors' heads: all this can I Truly deliver.
Apareix a 472 llibres de 1788-2008
Pŕgina 86 - Ham. Sir, in my heart there was a kind of fighting That would not let me sleep; methought I lay Worse than the mutines in the bilboes. Rashly, And praised be rashness for it, — Let us know, Our indiscretion sometimes serves us well, When our deep plots do pall ; and that should teach us, There's a divinity that shapes our ends, Rough-hew them how we will.
Apareix a 327 llibres de 1788-2008
Més informació
Pŕgina 82 - Thus CONSCIENCE does make COWARDS of us all And thus the native hue of resolution Is sicklied o'er with the pale cast of thought And enterprises of great pith and moment With this regard their currents turn away And lose the name of ACTIOK.
Apareix a 29 llibres de 1767-2005
Pŕgina 87 - I do repent : but heaven hath pleased it so, To punish me with this, and this with me, That I must be their scourge and minister.
Apareix a 505 llibres de 1803-2008
Pŕgina 40 - Tragedy, however, is an imitation not only of a complete action, but also of incidents arousing pity and fear. Such incidents have the very greatest effect on the mind when they occur unexpectedly and at the same time in consequence of one another.
Apareix a 90 llibres de 1908-2007
Pŕgina 31 - The end and the means towards it may come about by chance. We say, for instance, that a stranger has come by chance, paid the ransom, and gone away, when he does so as if he had come for that purpose, though it was not for that that he came. This is incidental, for chance is an incidental cause, as I remarked before.
Apareix a 20 llibres de 1927-2007
Pŕgina 40 - There is more of the marvellous in them then than if they happened of themselves or by mere chance. Even matters of chance seem most marvellous if there is an appearance of design as it were in them; as for instance the statue of Mitys at Argos killed the author of Mitys...
Apareix a 40 llibres de 1908-2004
Pŕgina 198 - ... so no doubt the philosopher with his learned definition - be it of virtue, vices, matters of public policy or private government - replenisheth the memory with many infallible grounds of wisdom, which, notwithstanding, lie dark before the imaginative and judging power, if they be not illuminated or figured forth by the speaking picture of poesy.
Apareix a 129 llibres de 1724-2006
Pŕgina 207 - AN HISTORICAL COLLECTION, of the most Memorable Accidents, and Tragicall Massacres of France, under the Raignes of Henry 2, Francis 2, Charles 9, Henry 3, Henry 4 now living.
Apareix a 41 llibres de 1819-2006
Menys 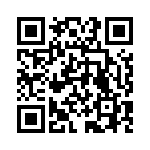