NIKITA KHRUSHCHEV: and the Creation of a Superpower

A filial but revealing semi-biography of Nikita Khrushchev by his son, now at the Institute for International Studies at Brown. Because Sergei Khrushchev intends to deal only with those matters he ... Llegeix la ressenya completa

William Taubman is Professor of Political Science at Amherst College. He is the author of Stalin's American Policy (1983) and Moscow's Silent Spring (1990). He is currently at work on a biography of Nikita Khushchev.

William C. Wohlforth is Assistant Professor of International Politics at the Edmund A. Walsh School of Foreign Service of Georgetown University. He is the author of Elusive Balance: Power and Perceptions during the Cold War (1993) and editor of Witnesses to the End of the Cold War (1996) and Cold War Endgame: Oral History, Analysis, and Debates (forthcoming). 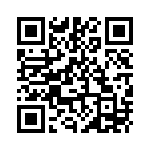