I have to give this little book 5 out of 5. I really enjoyed it and now wish to own a copy of my own. It was quick and easy to read and made me think a lot. I'd struggle to find a favourite part as I enjoyed it all. A must read for me. Llegeix la ressenya completa

This is a very short book (139 pages) of very short musings (2 or 3 pages). In addition, there are lots of blank pages and white space as well as title pages for each essay. The result is that it can ... Llegeix la ressenya completa

Maya Angelou 1928 - Maya Angelou was born Marguerite Johnson on April 4, 1928 in Saint Louis, Missouri. She attended public school in Stamps, Arkansas and San Francisco, California. She is perhaps best known for her semi-autobiographical work "I Know Why the Caged Bird Sings", and for the tireless effort she puts forth to make the world aware. In her youth, Angelou traveled the world, eventually marrying a South African freedom fighter and settling in Cairo, where she edited The Arab Observer, the only English language weekly newspaper in the Middle East. They later moved to Ghana where she was Features Editor of The African Review and taught at the University of Ghana. In the 60's, Dr, Martin Luther King requested that Angelou return to the US to become the northern coordinator of the Southern Christian Leadership Conference. She was later appointed to the Bicentennial Commission by President Ford and to the National Commission on the Observance of International Women's Year by President Carter. "Just Give Me a Cool Drink of Water 'Fore I Die" was nominated for the Pulitzer Prize in 1971. Ten years later, in 1981, Angelou was appointed to the lifetime position of Reynolds Professor of American Studies at Wake Forest University. Angelou became only the second poet in United States history to write and recite an original poem at a Presidential Inauguration; in 1993 she read "On the Pulse of Morning" at President Clinton's Inauguration Ceremony. In 1995, Angelou received an amazing amount of honors. Her semi-autobiographical tale, "I Know Why the Caged Bird Sings", which was originally published in 1969, became the longest running nonfiction best seller by an African American on the New York Times Bestsellers List. That same year, "A Brave and Startling Truth" was recited at the 50th Anniversary celebration of the United Nations, and "From a Black Woman to a Black Man" was recited at the Million Man March in Washington D. C.. Angelou is best known, however, for the five books of her autobiography, beginning with "I Know Why the Caged Bird Sings" (1969), which she adapted for television, through "All God's Children Need Traveling Shoes" (1986). Angelou's collection of essays entitled "Wouldn't Take Nothing for My Journey Now" was published in 1993. She has assumed the roles of poet, educator, historian, author, actress, playwright, civil rights activist, producer and director. Angelou had also appeared in the movie "Roots" and was nominated for Best Supporting Actress in 1977 for her role in the movie. She also had a role in the movie, "How to Make an American Quilt" and wrote and produced "Afro-Americans in the Arts", a PBS special for which she received a Golden Eagle Award. She is the author of 11 best selling books. 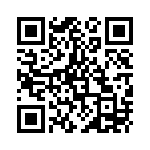