Pŕgina 137
When anyone passed by in boots which he did not know , he would bend down , look out of the window , in order to see , not only the feet , but also the face . The dvornik passed by in new felt boots , the water - carrier passed by ...
Pŕgina 163
And it's considerably darker grey , more like an ashen grey , as you look out go degrees to the sun . ... But where they have been broken , they display a dark , very dark , gray interior and it looks like it could be country basalt .
Pŕgina 505
He had been drunk over in town , and laid in the gutter all night , and he was a sight to look at . A body would have thought he was Adam — he was just all mud . Whenever his liquor began to work he most always went for the government ! 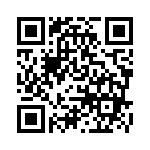