Pŕgina 90
What does this mean to the United States ? The possibility now exists of an argument to our immediate north on the subject of " self - determination " v . " nationhood . ” Such national arguments have a way of encouraging hotheads and ...
Pŕgina 220
The United States is the easiest place in the world in which to disappear . No other society in the world gives the fugitive such an opportunity . When Assassin James Earl Ray Aled to England , he was picked up within three months ...
Pŕgina 331
Since it was in the American ( and Israeli ) interest to tie up a radical Arab Army in Iraq , the United States President agreed . The Kurds sent Mulla's son and another Kurdish leader to Washington , to spell out what supplies would be ...

William Safire was born on Dec. 17, 1929. He attended Syracuse University, but dropped out after two years. He began his career as a reporter for The New York Herald Tribune. He had also been a radio and television producer and a U.S. Army correspondent. From 1955 to 1960, Safire was vice president of a public relations firm in New York City, and then became president of his own firm. He was responsible for bringing Nixon and Nikita Khrushchev together in 1959. In 1968, he joined the campaign of Richard Nixon as a senior White House speechwriter for Nixon. Safire joined The New York Times in 1973 as a political columnist. He also writes a Sunday column, On Language, which has appeared in The New York Times Magazine since 1979. This column on grammar, usage, and etymology has led to the publication of 10 books and made him the most widely read writer on the English language. William Safire was the winner of the 1978 Pulitzer Prize for distinguished commentary. He is a trustee for Syracuse University. Since 1995 he has served as a member of the Pulitzer Board. He is the author of Freedom (1987), a novel of Lincoln and the Civil War. His other novels include Full Disclosure (1977), Sleeper Spy (1995) and Scandalmonger (2000). His other titles include a dictionary, a history, anthologies and commentaries. 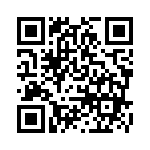