Karen Hunger Parshall is a professor of history and mathematics at the University of Virginia. 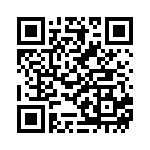