WITH GOD ON OUR SIDE: The Rise of the Religious Right in America

Published to coincide with a PBS series of the same title, this is a richly detailed, objective account of Christian fundamentalism in the last 50 years and its increasingly organized efforts at ... Llegeix la ressenya completa

With God on our side: the rise of the religious right in America

Martin (Prophet with Honor: The Billy Graham Story, LJ 11/1/91), an authority on the history and sociology of religion, is well-qualified to examine the phenomenon of the religious right. Starting ... Llegeix la ressenya completa

William Martin teaches sociology at Rice University, where he is the Harry and Hazel Chavanne Professor of Religion and Public Policy in the Department of Sociology as well as senior scholar at the James A. Baker III Institute for Public Policy. 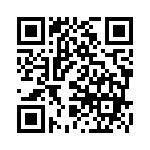