Roshdi Rashed is one of the most eminent authorities on Arabic mathematics and the exact sciences. A historian and philosopher of mathematics and science and a highly celebrated epistemologist, he is currently Emeritus Research Director (distinguished class) at the Centre National de la Recherche Scientifique (CNRS) in Paris, and is the former Director of the Centre for History of Arabic and Medieval Science and Philosophy at the University of Paris (Denis Diderot, Paris VII). He also holds an Honorary Professorship at the University of Tokyo and an Emeritus Professorship at the University of Mansourah in Egypt. 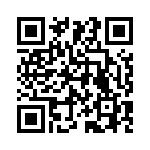