Pŕgina 123
IN RE RAJAH VASSAREDDY LUTCHMEPUTTY NAIDOO . lution of Government ,
dated the 20th of January , 1846 , on the subject of the Guntoor Zemindaries , is
final , and that the Petitioner ' s request cannot be complied with . ” That on the ...
Pŕgina 289
The appeal was brought from an order of the Court , dated the 20th of November ,
1851 , made in a creditor ' s suit , instituted in Barbadoes , by the Appellants as
such assignees , on behalf of themselves and the other creditors of William ...
Pŕgina 296
By the Master ' s further report , dated the 25th of December , 1851 , he reported ,
that in obedience to the decree , he called before him by public advertisement the
proprietors of the several demands and in . cumbrances which were liens on ... 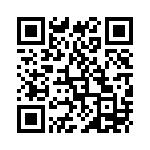