Pŕgina 214
The south entrance , to which these elaborate approaches led , was in fact the terminus of a main road which linked Knossos not only with Phćstos , capital of the fertile Mesarŕ plain , but with ports on the Libyan Sea .
Pŕgina 223
The second site that has yielded information about Minoan religion is a settlement between Mallia and Knossos , at Niru Khani , seven miles east of Candia , where Minoan houses and quarries can be traced for more than half a mile along ...
Pŕgina 228
To say this is not to overlook the essential services of Sir Arthur's able adjutant , Dr. Duncan Mackenzie , now the resident curator of Knossos , or the group of architects , Mr. Theodore Fyfe , Mr. C. T. Doll , Mr. P. de Jong and the ... 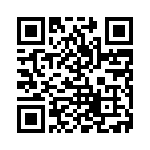