Not at all for the casual reader, a reasonably strong academic background and 'stick-to-it-iveness' is required. Nevertheless, the reader who has a particular interest in geography combined with ... Llegeix la ressenya completa

This small yet dense book was an enjoyable, yet challenging read for me. It is obvious from the outset that this book was a labor of love by the author. The meticulous research and well designed ... Llegeix la ressenya completa 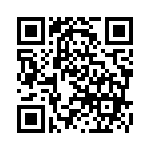