Beth Eddy is a 1996 Charlotte Newcombe Fellow and a lecturer in religion at Princeton University. 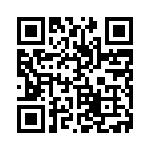