I reviewed a manuscript for Princeton University Press, and they rewarded me with my choice of $300 worth of their books, and this ($85!) book was one that I opted for. Although I'm a mathematician, I ... Llegeix la ressenya completa

Sanford L. Segal is Professor of Mathematics at the University of Rochester and the author of Nine Introductions in Complex Analysis. 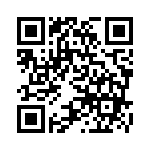