Durant's 'heroes' of history are far from perfect. In most cases, their flaws exceed their virtues. But there is no doubt they were all influential. What I find most interesting is that in times of ... Llegeix la ressenya completa

HEROES OF HISTORY: A Brief History of Civilization from Ancient Times to the Dawn of the Modern Age

The result of an unfinished manuscript discovered 20 years after the author's death, here are 21 chapters of world history, from ancient China to Shakespeare.Durant (1885-1981) was near 90 on ... Llegeix la ressenya completa

Will Durant (1885–1981) was awarded the Pulitzer Prize (1968) and the Presidential Medal of Freedom (1977). He spent more than fifty years writing his critically acclaimed eleven-volume series, The Story of Civilization (the later volumes written in conjunction with his wife, Ariel). A champion of human rights issues, such as the brotherhood of man and social reform, long before such issues were popular, Durant’s writing still educates and entertains readers around the world. 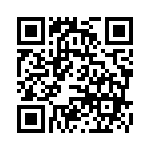