Ben Kiernan is the A. Whitney Griswold Professor of History, professor of international and area studies, and the founding director of the Genocide Studies Program at Yale University (www.yale.edu/gsp). His previous books include How Pol Pot Came to Power: Colonialism, Nationalism, and Communism in Cambodia, 1930–1975 and The Pol Pot Regime: Race, Power, and Genocide in Cambodia under the Khmer Rouge, 1975-1979, published by Yale University Press. 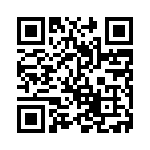