Pŕgina 15
AUSTY CAMPUS garment she owned had partaken of that grim iron - color of her
implacable and invincible morality which , the doctor was to realise later , was
almost omniscient . “ Yes , ” he said , “ bleeding . Probably hemorrhage . Lungs .
Pŕgina 81
C. , then , beneath the initial : Or maybe later . She returned before noon , he was
asleep again ; she sat on the side of the bed , her hand in his hair , rolling his
head on the pillow to shake him awake , still in the open coat and the hat shoved
...
Pŕgina 87
wood fiber , a few tubes of paint and a pan in which a mass of tissue paper
soaked in water , which two afternoons later had become a collection of little
figuresdeer and wolfhounds and horses and men and women , lean epicene
sophisticated ... 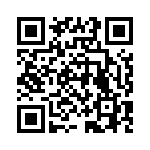