Gerald Monsman is a Professor of English at the University of Arizona. He is the author of Olive Schreiner’s Fiction: Landscape and Power (1991). 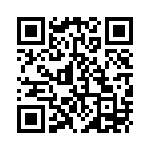