Amihai Glazer is Professor of Economics at the University of California, Irvine. He formerly taught at the Hebrew University, Carnegie Mellon University, and the University of Tampere, Finland. The author of more than 80 articles in professional journals, Professor Glazer is coauthor with Jack Hirshleifer of the Fifth Edition of Price Theory and Applications, coauthor with Laurence Rothenberg of Why Government Succeeds and Why It Fails (2001), and coeditor with Kai Konrad of Conflict and Governance (2003). He is a coeditor of the journal Economics of Governance.

David Hirshleifer holds the Ralph M. Kurtz Chair of Finance at The Ohio State University. He previously taught at the Anderson School of UCLA and the University of Michigan Business School. The coauthor with Jack Hirshleifer of the Sixth Edition of Price Theory and Applications, David Hirshleifer has served as a director of the American Finance Association, editor of the Review of Financial Studies, and as associate editor or coeditor of several other journals in finance, economics, and corporate strategy. His papers have received a number of research awards, including the 1999 Smith-Breeden Award for the outstanding paper in the Journal of Finance. 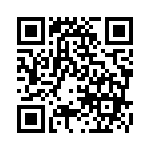