Richard Booker, MBA, PH.D., is an ordained Christian minister and Founder/Director of Sounds of the Trumpet, Inc., and the Institute for Hebraic-Christian Studies. Prior to entering the ministry, Richard had a successful business career. He is the author of over 36 books including the world-wide bestselling classic The Miracle of the Scarlet Thread. His books are used by churches and Bible schools around the world. He has also developed numerous courses and seminars on Christian living. In ministry for over thirty years, Richard traveled extensively for fifteen years teaching in churches and at conferences. He and his wife, Peggy, lead yearly tour groups to Israel where, for eighteen years, Richard was a speaker at the International Christian Celebration of the Feast of Tabernacles in Jerusalem. This gathering is attended by 5,000 Christians from 100 nations. Dr. Richard and Peggy Booker founded the Institute for Hebraic-Christian Studies (IHCS) in 1997 as a ministry to educate Christians in the Hebraic culture and background of the Bible, build relationships between Christians and Jews, and give comfort and support to the people of Israel. Through this ministry, they have conducted a monthly celebration event in Houston, a formal school on the Bib­lical Hebraic roots of Christianity, and work with the Jewish community and the government of Israel to stand against anti-Semitism and give comfort and support to the people of Israel. Their tireless work on behalf of Christians and Jews has been recognized around the world. Richard has a daily television program (over 500 programs) which can be seen on the internet and around the world via satellite. He also has produced study material on the Biblical Hebraic roots of Christianity for homeschoolers and family and group study. 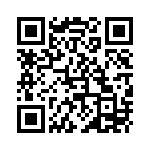