Daniel J. Leab is Professor of History at Seton Hall University. He is the author of several books, including I Was a Communist for the FBI: The Unhappy Life and Times of Matt Cvetic (Penn State, 2000). 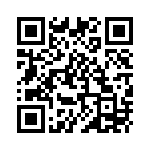