Robert A. McGuire was born in Long Beach, California, and educated at Long Beach State and the University of Washington. A professor of economics at the University of Akron, he is the author of many studies that have appeared in academic journals, including the American Economic Review, American Journal of Political Science, Economic History Review, Journal of Economic History, and Public Choice. Among his most recent research is a study of the Confederate constitution appearing in Economic Inquiry and an ongoing study of the role of diseases in American economic history funded with a National Science Foundation grant in 2000. 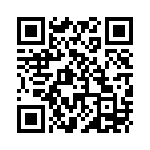