James R. Newman's World of Mathematics
James R. Newman (1907–1966) was a rare mathematician who was also a lawyer who held several administrative positions in the United States government during and after World War II, including Chief Intelligence Officer at the US Embassy in London. His mammoth four-volume World of Mathematics was first published in 1956 and reprinted by Dover in 2000. It represented the culmination of a fifteen-year effort by Newman, in his later years as a member of the Editorial Board of Scientific American, to assemble in one publication what he considered the most important essays in the field. It's the book that has introduced generations of students to the range and extent of mathematical literature.

"The discovery in 1846 of the planet Neptune was a dramatic and spectacular achievement of mathematical astronomy. The very existence of this new member of the solar system, and its exact location, were demonstrated with pencil and paper; there was left to observers only the routine task of pointing their telescopes at the spot the mathematicians had marked." ? James R. Newman

Critical Acclaim for The World of Mathematics:
"Others with bigger and now whetted appetites will no doubt regard this book as a generous hors d’oeuvre and obtain additional fare by pursuing the numerous recommendations made by the author." ? Morris Kline, New York Herald Tribune Book Review

"Promises to be the most frequently used reference book on mathematics, as well as a delight to readers with a wide range of backgrounds." ? J.G. Kemeny, The New York Times 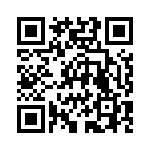