In a work that is really a collection of somewhat loosely related essays, Wright explores the transformation of American financial markets between 1780 and 1840, emphasizing the impacts of Revolution ... Llegeix la ressenya completa

ROBERT E. WRIGHT is Lecturer in Economics at the University of Virginia. He is the author of The Origins of Commercial Banking in America, 1750-1800 (2001), and The Wealth of Nations Rediscovered: Integration and Expansion in American Financial Markets, 1780-1850 (2002). 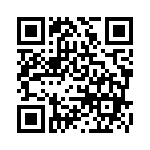